After weeks of memes and frantic stock market investments - supported by the social media site Reddit and Tesla owner Elon Musk - a new token is appearing: the Dogecoin crypto.

The Dogecoin is based on doge meme also known as Shiba meme. 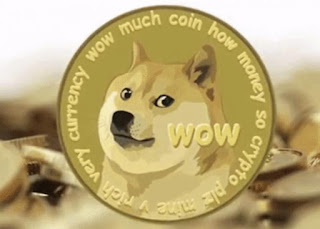 The crypto-money, which was launched in 2013 at the height of the doge meme popularity, has reached a record value as new celebrities ( Snoop Dogg & Gene Simmons ) have tweeted about it - although only $0.08 per piece, or just under sixpence.

A number of recent posts from Elon Musk have mentioned the token, which was worth about $0.007 on January 27, meaning its value has increased by more than 1000% in just a few days.

Although celebrities seem to have been joking, the perceived investment opportunity may encourage inexperienced investors to lose money.

Also it is highly recommended to not invest all your money or savings on Dogecoin. Invest only the money you can miss.

To know more on how to buy Dogecoin click here.