Forget PUBG, Free Fire or even Fortnte. The gaming sensation of the moment is Fall Guys: Ultimate Knockout, another outstanding royal battle game, but much more fun than the other representatives of the genre. The new famous game is available on PS4 and Windows and is a bit reminiscent of Inter-cities, but without the cows, it consists in crossing an area full of obstacles and dangers such as jumps, turnstiles, balloons and other big obstacles. When you put it like that, it's easy! But the trick is to get there first, you'll have to beat 59 other competitors who don't intend to be stepped on. 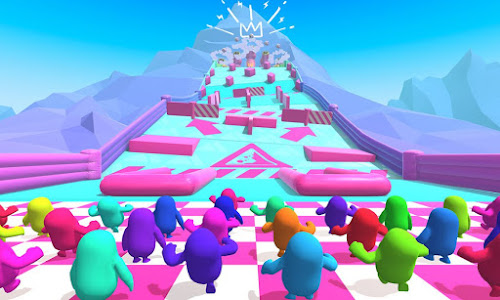 When Will Fall Guys Be Available For Mobile Phones?

However, there are plenty of games like Fall Guys available on Google Play Store. You will find them in this article.

Here you can find a list of the best Fall Guys alternative for free available on mobile phones:

No, at the moment Fall Guys does not support cross platform. But according to Game developer Mediatonic who have expressed its desire to introduce cross-platform support for the game in the future.
Comments Post a Comment
Tags#ANDROID, #Applications, #IOS
Reactions
Newer
Older