TikTok Is Getting Negative Reviews On PlayStore

Share
byTheTeamMay 18, 2020
In the few past days, the famous social media apps Tiktok and TikTok Lite are getting a very large number of bad reviews on play store. 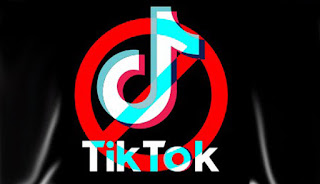 Why TikTok's Rating Dropped Down

In couple weeks ago, exactly on May 8, an Indian Youtuber Called CarryMinati (Ajey Nagar) made a video where he roasted Amir Siddiqui, a TikTok influencer. The video is made to troll TikTok stars and it had managed to reach over 70 million views on Youtube to become one of the most liked Indian YouTube video. But YouTube pulled it down for violating YouTube’s terms of service after it was widely reported by the community. Certain people also called the video as degrading the value of a queer person's life.

As result of that, a large number of hashtags started trending demanding justice for the YouTube star and banning TikTok in the country. And here where everyone started giving bad reviews and negative feedback.
Comments Post a Comment
Tags#ANDROID, #android-News, #Applications, #IOS
Reactions
Newer
Older